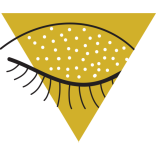 Doron Beuns was born in Tiel, a small town in the middle of the Netherlands, but moved to Amsterdam by the age of 18 to study at the Amsterdam Fashion Institute. During his fashion studies, he was introduced to avant-garde fashion designers which unintentionally sparked his interest in art history, philosophy, and contemporary art practice. This naturally gave a young Doron the urge to develop ideas and make things beyond the realm of fashion. Through the encouragement of lecturers and friends, he decided to apply for a Master of Fine Arts at Norwich University of the Arts.

Beuns produces artworks that deal with the friction between selfhood and otherness, to deepen the ambiguous topic of coexisting with others. In his early works, he focused on a series of performances and sculptures in which the artist destroyed and deconstructed his self-portraits. This stemmed from the need to reconcile the static nature of self-portraits with the chaotic and dynamic nature of a living subject. This previous approach led him to produce, as for today, more self-representative artworks that are activated or destroyed by involving other bodies and objects in their environment.  “This involvement could concern, for example, a physical relationship between a work and its audience, a metaphorical relationship between me and my romantic partner, or a material relationship between two or more artworks,” Doron explains.

Doron works reflect the contemporary world in the sense that they blur the distinction between living bodies and inanimate entities. This is yet another way in which the artist deals with the present-day friction between selfhood and otherness.

Beun’s studio practice is a very organic process, in which ideas, methods, and materials are continuously meshing to produce various results in different artistic disciplines. He won’t hesitate to work with technical specialists to learn new approaches to an idea. “Technically realizing my idea or failing to realize my idea often invites new ideas,” he says to better describe the conceptual and executive phases which are continually interfering with each other – he affirms – to produce new ideas and refinement over a longer amount of time.

He acts upon the world around him through a strong imaginary impulse, to make it a more exciting, challenging and yet more inhabitable place for himself. Despite this, Doron also underlines the meditative quality of making art and the joy of showmanship when presenting artworks to other people.

He hopes that his audience engages with his work through humor, amazement, beauty, and unsettlement. He hopes to provide his audience with sensorial triggers that intensify and/or transform their perception of a given object. His intimate objective is for the viewer to raise questions and draw connections beyond his own intentions. He believes that a work of art is effective when it is specific and ambiguous at the same time.

Doron has many new works in the making currently. The friction between selfhood and otherness will remain an essential subject, but he is starting to explore it through objects other than his self-portrait. He is furthermore exploring a more abstract approach to his self-portraits and will show these artworks to several critics, buyers, and facilitators during an open studio in April.

For the future, he aims at owning a studio property and collaborating with as many people as possible. On the other hand, he simply wishes to be a solid family person and cherished friend above all. All the rest it to him too blurry to predict. He wants to get to the future one work at a time.

MARTIN O’NEILL: CUT IT OUT STUDIO

You can toggle right click protection within Theme Options and customize this message as well.

You can also add shortcodes here.